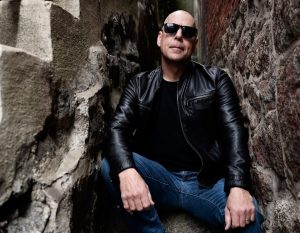 This is not a story about Bruce Willis

No two creatures — including those that clone themselves — are perfect copies. Even identical twins aren’t actually identical. But what’s a rule without an exception?

Bruce Willis, the last Boy Scout, entered the world in Idar-Oberstein, West Germany, on March 19, 1955. Some 4,000 miles away and 14 years later, Eric Buarque was born in Cheverly, Md.